Almost every young athlete has an idol. It can be their coach, another player in the industry, or a legend of the game. For WWE Superstar Montez Ford, it’s Dwayne Johnson aka The Rock.

In an interview, Ford spoke highly of Rock. He revealed that he would try to replicate how The Rock wrote his k’s, and even try to follow his dressing style. Overall, he wanted to be like The Brahma Bull as much as possible.

When The Rock heard about this, he ensured to personally thank Montez Ford for the words. He reiterated that both share the same passion for the business, and they share the passionate DNA, which, of course, makes them family.

There is no doubt that Montez Ford has his own Electrifying Energy in the ring. He may not be The Rock, may not be The People’s Champ.. but he will become Champion someday. And, that day, The Rock will be “right there, rooting for ya.”

Montez Ford raised a Teremana toast for The Rock

Dwayne Johnson has always been a humble man. He has often reached out to send love, kindness, and appreciation to whoever deserves it. 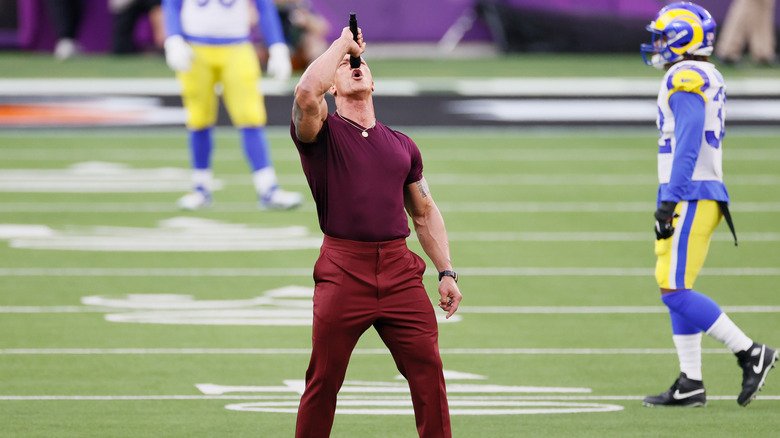 Therefore, when he shared the kind and appreciative words for Montez Ford, the young superstar couldn’t resist but respond.

He thanked The Rock for his words and opened a bottle of Teremana Tequila to his name.

“Thank you for everything you’ve done for myself & my family. They went wild when they all saw this post. Full circle for us, coming from my Hero. We all, (especially mama) are raising @teremana right now celebrating your words.”

At this point, it doesn’t feel like the brotherhood can get any stronger. And, mixing Teremana Tequila in it is just The Rock’s way to kickstart a friendship!

Coming to their WWE journeys, Montez Ford is actively working with WWE in a tag team alongside Angelo Dawkins as The Street Profits. As per the fans, The Street Profits should be pushed to become champions at the earliest!

On the other hand, The Rock may not resume his WWE journey anytime soon. Even though in WWE they say “never say never”, Johnson has quite a bit on his plate and it’s difficult to make room for The Rock to emerge again.