Undisputed WWE Universal Champion Roman Reigns has recently been delivering babyface promos during live events. At a show in London, The Tribal Chief sent a message to his cousin The Rock.

In other news, former WWE stars have decided to step away from in-ring competition. This edition also features interesting updates on top stars like Goldberg and Alexa Bliss.

So without any further ado, let’s dive straight into the five news stories that you might have missed this week. Be sure to let us know your thoughts in the comments section below.

#5. Roman Reigns sends a message to The Rock at a live event

During a recent live event at the O2 Arena in London, Roman Reigns defended his Undisputed WWE Universal Championship against Drew McIntyre in the main event. After winning the match, Reigns took the mic and thanked fans for attending the show as the arena chanted for him.

An interesting moment then occurred when a fan asked The Tribal Chief, “What about The Rock?” Reigns responded by saying, “The Rock can get it too.”

Roman Reigns vs. The Rock has been teased on several occasions, but fans haven’t witnessed the mega-clash yet. It’s rumored to finally take place next year at WrestleMania 39. However, with The Rock’s busy schedule and other commitments, nothing has been set in stone as of now.

#4. Alexa Bliss gives an update on her WWE return

One of the biggest names currently missing from WWE television is Alexa Bliss. The former RAW and SmackDown Women’s Champion last wrestled at Elimination Chamber in Saudi Arabia earlier this year.

Journalist Adam Glyn recently spoke to Alexa Bliss and asked her about her return status. The Goddess revealed that she’s just waiting to get a call and has been ready to go:

“Hopefully soon. I’m just waitin’ on the call. Been ready to go since before Saudi Arabia,” Bliss said.

Alexa Bliss recently got married to musician Ryan Cabrera and could be away from WWE television for some time. However, it’s surprising to know that the company does not have a plan for her, given she is one of the biggest stars on the roster and a massive fan favorite.

#3. Former WWE Women’s Tag Team Champions The IInspiration (The IIconics) have stepped away from in-ring competition

Former WWE Superstars Cassie Lee (fka Peyton Royce) and Jessie McKay (fka Billie Kay), best known together as The IInspiration (fka The IIconics) have decided to step away from in-ring competition indefinitely. They posted a statement on their social media which read:

It’s since been revealed that Jessie McKay has been cast in the upcoming film The Charisma Killers. Cassie Lee has also hinted on her social media that she is chasing her dream of acting.

#2. Former champion regrets not having a feud with Goldberg

Former WWF Light Heavyweight Champion Duane Gill (aka Gillberg) recently appeared on Sportskeeda Wrestling’s UnSKripted. During the conversation, he revealed that wanted to have a feud with WWE Hall of Famer Goldberg:

Gillberg became highly popular among fans with his parody gimmick of Goldberg. He made a one-night return to the company last year when he appeared on RAW during “The Dirt Sheet” segment with The Miz and John Morrison. 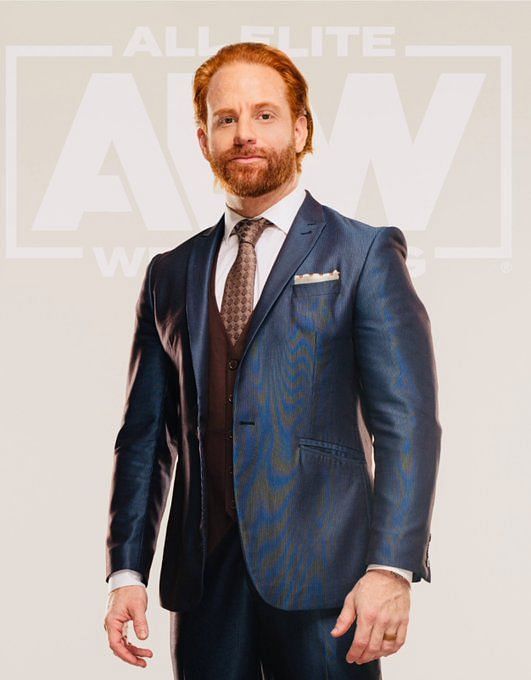 Veteran producer Pat Buckridge (aka Pat Buck) left WWE earlier this month. He was one of the main producers responsible for the main event of WrestleMania 38 Night Two between Roman Reigns and Brock Lesnar.

Reports then emerged that he had started working for All Elite Wrestling following his WWE exit. Taking to Twitter, Pat Buck confirmed the same earlier this week.