Ronda Rousey recently discussed her what her WWE status would be after WrestleMania 38, revealing that she will be around for a while.

The former UFC star is scheduled to collide with Charlotte Flair for the SmackDown Women’s Championship at The Grandest Stage of Them All. She earned the opportunity at the title by winning this year’s Women’s Royal Rumble match.

During her latest Facebook gaming stream, Ronda Rousey joked that she’d stay in WWE until she and her husband Travis Browne were ready to have another child. The couple welcomed their first daughter, La’akea Makalapuaokalanipō, in September last year.

“Yes, I am staying [in WWE after WrestleMania 38]. I’ll be staying for a while. I just had a baby. I’m not ready to have another one yet so, I’ll be staying around ‘till we’re ready for number two, or four,” said Rousey. (H/T POST Wrestling) 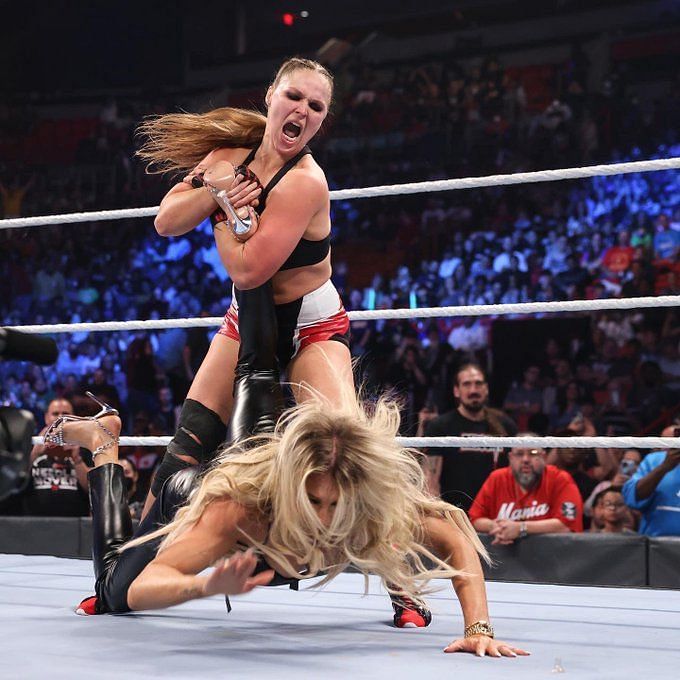 At WrestleMania 38, the former UFC Champion and The Queen will headline the Show of Shows once again. During a recent interview, Charlotte stated that Ronda earned her respect.

“I have nothing but respect for her. What she was able to do and the doors that she opened for women at that time, had never been done before. Had there not been a Ronda, I don’t think there would have been a women’s revolution… I like to say that I’m the Ronda of WWE and she is the Charlotte Flair of MMA,” said Flair.

“For the first time in your life, you are going to scream for mercy and TAP OUT.”

Who is your pick to win the SmackDown Women’s title at WrestleMania 38? Let us know your thoughts in the comments section below.