Yet he stood tall and victorious over Kevin Owens on the first night of WrestleMania 38. The wrestling fans were eagerly waiting for The Texas Rattlesnake to take them on a memory lane.

Steve Austin, during the Attitude Era, was infamous for flipping the bird. One of Stone Cold’s signature remarks on WWE television was when he used to raise his middle fingers to humble his opponents. However, the WWE producers told Austin not to flip the bird at WrestleMania this year.

The SmackDown commentator Pat MAfee on the latest episode of his podcast revealed that Austin was asked not to perform his middle finger salute during his entrance.

McAfee mentioned, “He was working on coming out. And you know we’re in a different era now of the WWE than we were then. So, I got to watch this dude’s entrance with an empty stadium or whatever. He goes right to that top rope, f**king both fingers straight up in the air. He’s doing the whole thing.”

“And then I see three producers running over [to him], ‘Can’t do that, can’t do that.’” 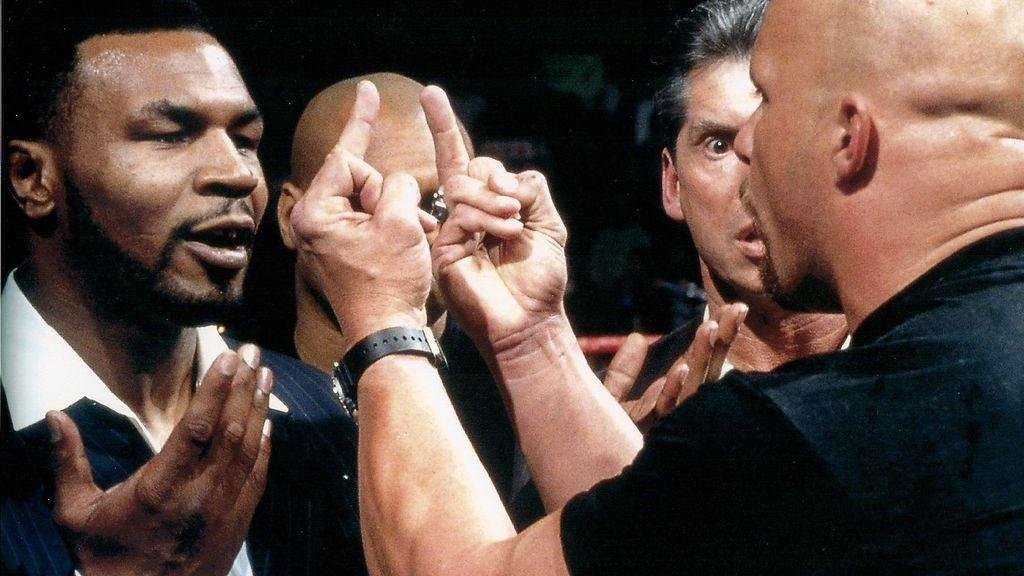 When Austin was working on his entrance, he rolled over back to the early years during the pre-show. Stone Cold tried to flip a bird during his practice, but the company people told him not to perform that.

Did The Texas Rattlesnake listen to the WWE?

Not only did he stun Kevin Owens, but on the second night of WrestleMania 38, Stone Cold Steve Austin appeared once again. Stone Cold made his way into the ring to the aid of Pat McAfee and delivered a “Stunner” to WWE Owner Vince McMahon.

To top it up, even Pat McAfee witnessed the wrath of Stone Cold’s Stunner.

“As I was watching [at the show], I was wondering, ‘There’s no way he keeps that middle finger down. In the heat [of the moment], the middle finger from Steve Austin is coming at some point,’ And then he had a couple,” Pat McAfee added.

The WWE Universe was glad to see Stone Cold wrestle after two decades, which is what mattered to him. How excited were you to watch Austin return at Mania 38? Let us know.