Amongst all the legendary pro wrestlers to have graced the ring, The Undertaker is one of the most respected locker room leaders WWE has ever had. Several talents supported him in helping maintain an appropriate backstage atmosphere in the company.

During this week’s episode of The Kurt Angle Show, the Olympic gold medalist opened up about his interactions with Farooq and JBL from their days in WWE.

Kurt Angle revealed that the APA members were really close to The Phenom behind the scenes and were like his ‘muscle.’

The WWE Hall of Famer added that Farooq and Bradshaw drank quite often but had significant backstage influence in Vince McMahon’s promotion. Angle stated that the former tag team champions were tough individuals who deservedly laid down the locker room rules in WWE. 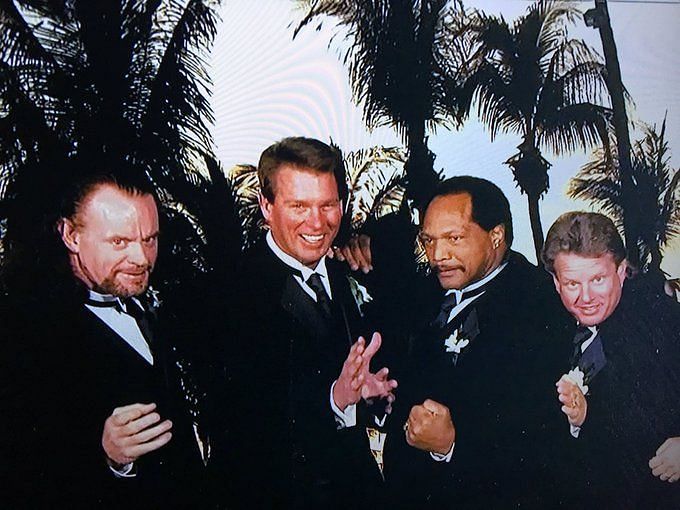 Kurt Angle continued to talk about The Undertaker while reviewing news and notes from a Christmas special RAW episode from 2000.

The Phenom didn’t sell well in a main event match against The Rock, and Angle was surprised to hear about the incident on his podcast. He might have been dealing with a few injuries as Kurt Angle felt that the retired superstar was almost peerless when it came to the art of selling.

Angle called The Undertaker one of the best sellers ever and advised every talent to closely watch the legendary star’s work if they wished to be great workers in the ring.

“Listen, if ‘Taker was selling horribly, he was hurting, because ‘Taker is one of the best sellers in the business, if not the best. What he does in that ring is unbelievable. If you want to learn how to sell, watch The Undertaker because he sells every move, every punch, every kick. That is what is so great about the Undertaker. So, I was really surprised to hear this,” Kurt Angle added.