WWE has had many superstars attain the status of legends, including The Undertaker, Shawn Michaels, The Rock, John Cena, and others. Notably, superstars like John Cena and The Rock not only established their legacy in the squared circle but also in Hollywood. Every wrestling fan and WWE superstar in their generation has shown utter respect and love for these legends.

However, our current WWE Undisputed Universal Champion, Roman Reigns, does the opposite. Yes, you heard it right; Dwayne “The Rock” Johnson’s cousin, Roman Reigns, has adapted the obnoxious character throughout.

Well, Reigns is not the only one with a smug in-ring persona, but he also has his cousins, The Usos (Jimmy & Jey), beside him. They together are called The Bloodline and claim to be the best in the business.

How did Roman Reigns own these WWE legends?

For more than a year, The Bloodline has been disrespecting WWE legends. It is because of the legacy they put on television for the audience. In fact, Roman Reigns refers to his supremacy as ‘God Mode,’ and today, he made the ultimate move to glorify The Bloodline.

Reigns said, “When it comes to The Bloodline, you can count on us. I don’t care who’s in there. You can put Randy Orton with anybody; you can put Drew McIntyre with anybody. Put John Cena and throw The Undertaker, Shawn Michaels, The Rock anybody, and The Bloodline is gonna smash them every single time.” 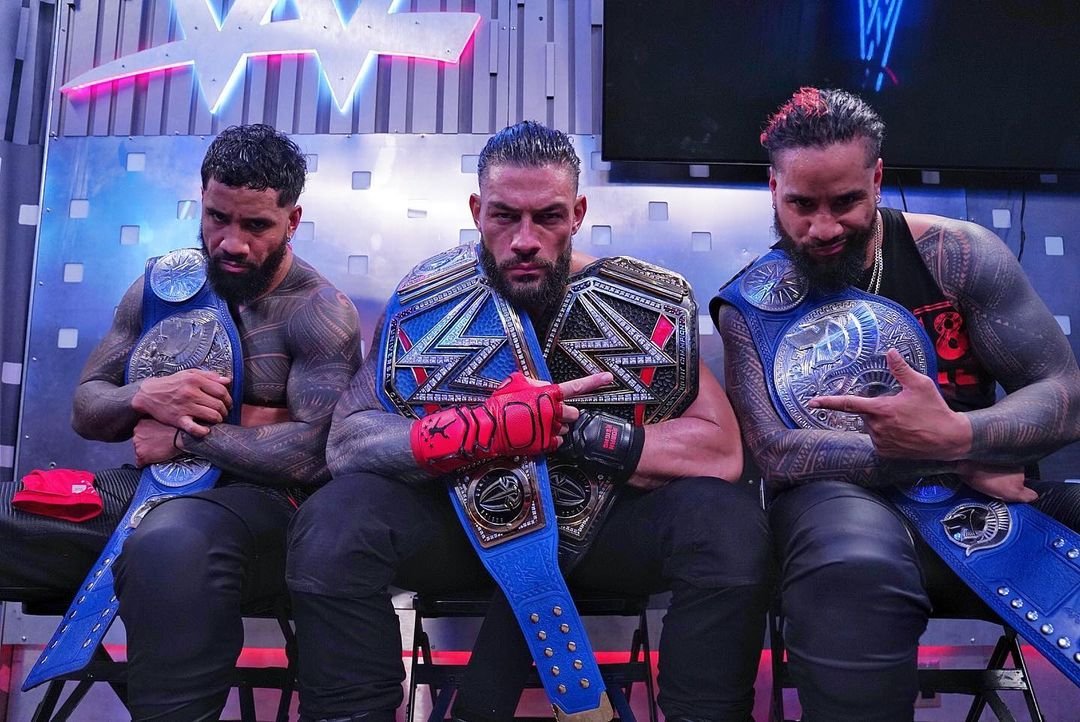 ‘The Tribal Chief’ posted this video on his Instagram as a message to the WWE Universe. Roman Reigns jauntily addressed his Megastar cousin The Rock, WWE Hall of Famers The Undertaker, and Shawn Michaels.

Anybody would think twice before name-dropping Taker or Michaels, but The Tribal Chief just owned these legends to dignify The Bloodline. This video was made on the purpose of Reigns hitting the gym after defeating team RK-Bro (Randy Orton & Riddle) and Drew McIntyre at WrestleMania Backlash.

Will Dwayne “The Rock” Johnson acknowledge The Tribal Chief like John Cena and The Undertaker?

WWE Undisputed Universal Champion Roman Reigns is currently at the top of his game. Even though he plays a villainous gimmick on WWE TV, Reigns has held the Universal title for over 600 days. 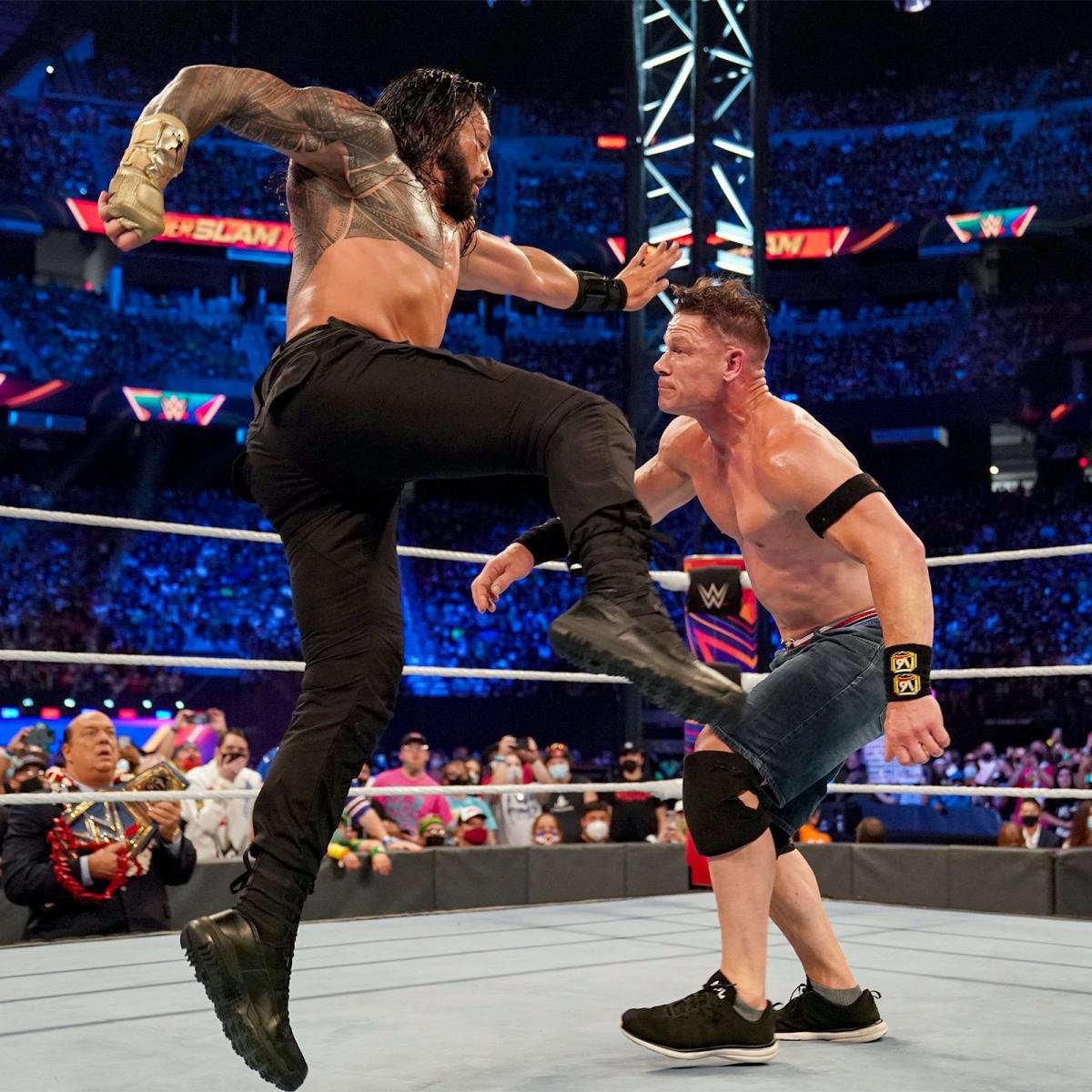 In addition, Roman Reigns was also one of the men to defeat The Undertaker at Mania.

For instance, ‘The Tribal Chief’ uses an alternate version of Johnson’s ‘Rock Bottom’ finisher. Even for WrestleMania 38, The Rock was rumored to appear and humble his cousin Roman Reigns. Moreover, in Dwayne Johnson’s comedy hit series, Young Rock, The Rock vs. Roman Reigns was heavily teased.

Roman Reigns slammed WWE legends just because of his ‘God Mode’ persona. The WWE Universe is waiting for a dream match between The Rock and The Tribal Chief at WrestleMania.