Henry O. Godwinn recently recalled how The Undertaker wanted to work with him again in WWE after their first one-on-one match against each other.

The Undertaker defeated Godwinn in a seven-minute match at a WWE Superstars taping on January 10, 1995. Three weeks later, The Deadman recorded another win over the same opponent in an untelevised match.

Speaking on The Hannibal TV, the two-time WWE Tag Team Champion revealed that he became a member of The Undertaker’s backstage group after their matches.

“I worked with ‘Taker. We had a hell of a match one night on RAW [WWE Superstars]. He came back and thanked me and said, ‘We’re gonna do more stuff together.’ I started riding with him and Paul [Bearer] and then Yoko [Yokozuna] and Rikishi and then Godfather came and Tex [Mideon] came and Savio [Vega]. That’s how the BSK started,” Godwinn said. 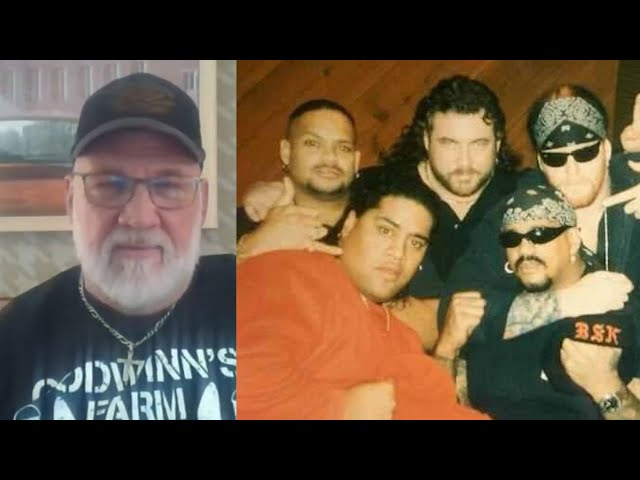 Henry O. Godwinn instantly formed a friendship with The Undertaker

Henry O. Godwinn’s first run with WWE took place between 1994 and 1998. He later returned to the company for a short spell in the Deep South Wrestling developmental system in 2006 and 2007.

The 57-year-old initially traveled with Jeff Jarrett and Road Dogg during his first WWE run. He then began riding to shows with The Undertaker and Paul Bearer.

“Right away, him and Paul. I was riding with Double J up there and Road Dogg, and then I started riding with ‘Taker and Paul. It was a great run with them. We had some good times. Everybody in the BSK just clicked. I mean, it was perfect,” Godwinn added.

The Undertaker joined forces with Godwinn and two other BSK members, Fatu (a.k.a. Rikishi) and Savio Vega, at Survivor Series 1995. Known as The Darkside, the real-life friends defeated The Royals (Isaac Yankem, Hunter Hearst Helmsley, King Mabel, and Jerry Lawler) in an elimination match.

In 2020, Godwinn made a rare WWE appearance when he attended The Undertaker’s Final Farewell ceremony at Survivor Series.