Roman Reigns has always been about family. He believes that standing up for family and being there when they need you is of utmost importance.

During a SmackDown show, some fans called Paul Heyman a walrus. Of course, that upset Reigns’ special counsel, and he knew it was time to stand up for The Wise Man.

He hugged Heyman, consoled him, and snapped at the fans for referring to his special counsel as Walrus. Heyman hugged his Tribal Chief, and then hugged the Universal Championship.

To be fair, Heyman considers The Tribal Chief and the Universal Championship to be the most important things in his life at the moment.

This isn’t the first time Reigns has stood up for Heyman. Even when Heyman “sided” with Brock Lesnar, Roman Reigns snapped at Lesnar for being rude to Paul Heyman. It just showed that Reigns and Heyman have a bond that no one could throw a spanner in.

Roman Reigns is going to face Brock Lesnar at WrestleMania 38

The Beast secured the WWE Championship at Elimination Chamber. Additionally, he won the Royal Rumble Men’s match and chose to challenge Roman Reigns at WrestleMania 38.

Now, the titans will face each other at The Grandest Stage of All where both of them will put their titles on the line.

Either way, one of them walks out as champion unless a twist makes it impossible to have a proper ending to the match. 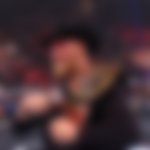 Now, there is a significant portion of the WWE Universe who want Brock Lesnar to dethrone Roman Reigns. He has been the Universal Champion since Payback 2020, and it’s time to push a fresh face to the top.

On the other hand, even if Brock Lesnar dethrones Reigns, it’s still going to be a Megastar at the top of the roster.

The fans have come to a point where they want WWE to push new faces for the WWE Championship and the Universal Championship. As of now, it seems like WWE pushing megastars to the top, who quite frankly do not need the push anymore.