Sasha Banks and Naomi’s walkout gave the WWE universe a huge topic of discussion. Following the walkout incident, many WWE superstars voiced their opinions on various platforms. Mark Henry, meanwhile, made a strong comment about the incident. Further, on his Hall of Fame podcast, Booker T reacted to Henry’s statement. 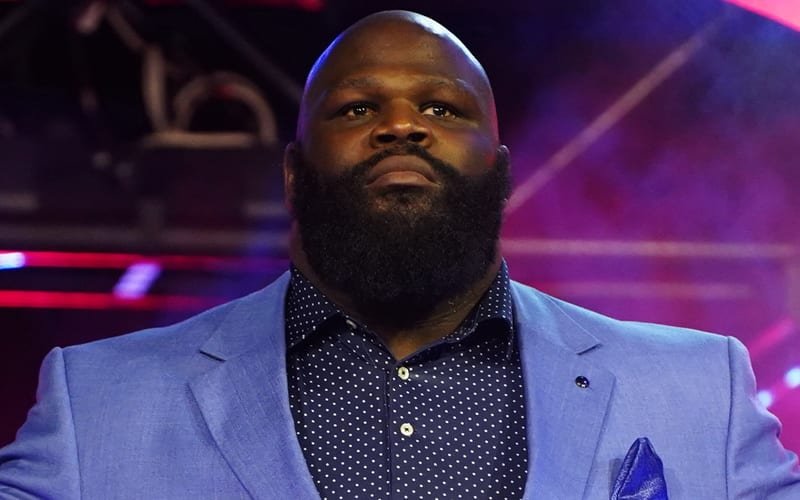 On the podcast, Henry mentioned that his issue was with individuals on the show saying that it was unprofessional. In addition, he stated, “I’m going to tell you right now. If that was my wife and I’m working on that show. I’m walking down to the announce table and I’m going to say, ‘Hey, you stay professional. Do your job and then I won’t have to walk down here to the ring to tell you to not do that again.[28:47-29:14]”

As a response, Booker T said, “It seemed like going to AEW just makes you forget about how the business actually really works. Now, Mark, I’m 100 percent sure Mark Henry knows that what comes out of Corey Graves’s mouth is something that he was told to actually say.

Adding to this, he said, when it comes to something so important; he doubts that Graves will share his opinion. Moreover, it makes no sense to say that Jimmy Uso should go to the announcer’s table and say something like that since it would lead WWE to fire him later that evening.

Was Booker T ever in a WWE match with Mark Henry?

King Booker T and The World’s Strongest Man Mark Henry were the popular wrestlers of the Ruthless Aggression Era. In addition, during their WWE stint, both had delivered many incredible matches in their career.

During their careers, Booker T and Mark Henry have met once, at WWE Armageddon in 2003. Booker T was the face of the match, while Henry was the heel. The crowd predicted that the King would win the match.

Additionally, in the early stages of the match, Henry dominated and viciously attacked him by throwing him on steel steps. Booker T, on the other hand, began to dominate in the second half of the battle and eventually won with a scissors kick.

What are your thoughts on Henry’s statement? Let us know in the comments section.