A lot has happened in the WWE Universe over the last few hours. We are all set for Crown Jewel 2021, scheduled to take place tomorrow, and top superstars are expecting to come across their career-defining moments. There are also a couple of exciting rumors involving a former champion and a legend.

Here, we look at some of the biggest stories that have dominated the WWE headlines over the last 24 hours. So, without further ado, let’s begin.

Last month, Roman Reigns faced Montez Ford in the main event of SmackDown. While The Tribal Chief picked up a victory to continue his dominant run, Ford won major accolades for his jaw-dropping performance. Several viewers speculated about a potential singles run for the former tag team champion, and the latest backstage reports suggest that WWE higher-ups are of the same opinion.

According to GiveMeSport, Ford was booked for a “trial” match against Reigns to check if he could carry himself as a solo star. He did well to keep the crowd invested throughout the bout and covered the botches in the smoothest fashion that one could imagine.

Many believed he would split up with Dawkins during WWE Draft, but The Street Profits were drafted to RAW, and they recently faced RK-Bro in an impressive match.

“Regardless of whether he went to the brand on his own, or with Angelo Dawkins, WWE always wanted to have Montez Ford on Raw.We’veee” been told this was partially because WWE tries keep real-life couples on the same roster, with Belair being moved over to Raw, but also because higher-ups feel as if Ford has more top talent to work with on the red brand,” wrote Louis Dangoor of GiveMeSport. 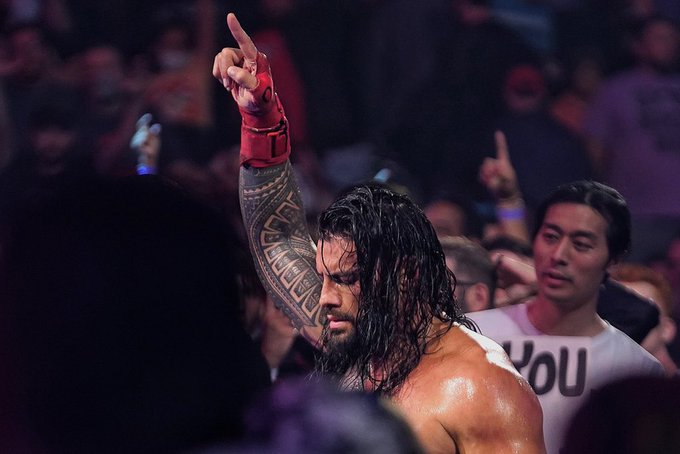 The report also claims that it is still possible that Montez Ford will be pushed into a singles action on the same brand as Angelo Dawkins. He has been identified as a “potential breakout star” and has convinced several people backstage to remain confident in his singles run in the company.

#5 Will The Undertaker make an appearance at WWE Crown Jewel 2021?

The Undertaker has been associated with all the major WWE shows in Saudi Arabia since the beginning. Recently, a short compilation of his video started doing rounds on social media that led to several fans speculating about his potential return at Crown Jewel 2021.

However, Dave Meltzer has reealed that the clip featuring The Phenom dates back to 2019, and there are no plans to feature the iconic wrestler on tomorrow’s show.

The Undertaker hung his boots last year after three decades of a legendary career in WWE. His retirement ceremony was held at the Survivor Series pay-per-view, and he had confirmed that he finally got the chance to bid farewell to the squared circle on his terms.

It is unlikely that The Deadman will now return to compete once again, even if the show in question is Crown Jewel. Moreover, the company would have gone above and beyond to promote his appearance at the pay-per-view but that hasn’t been the case.

Tomorrow, it’ll be an All Mighty ass-kicking for @Goldberg. More importantly, he’ll be gone for good. #WWECrownJewel 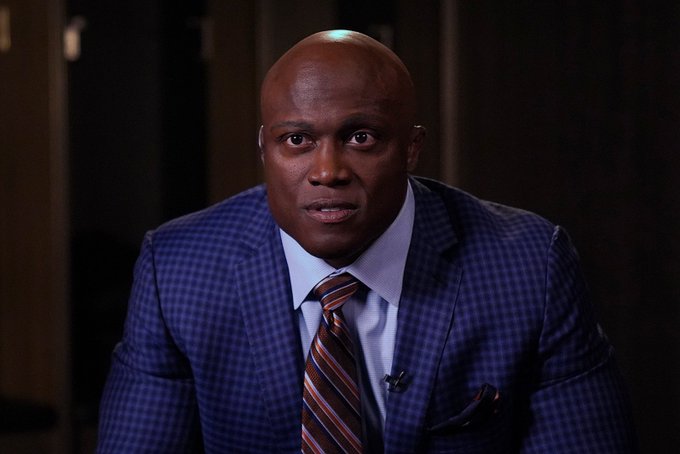 Bobby Lashley is set to face legendary superstar Goldberg in a No Holds Barred match at WWE Crown Jewel 2021. They have been involved in an intense feud ever since Lashley attacked the Hall of Famer’s son. Goldberg has promised that he will “kill” The All Mighty inside the ring, stepping well over the PG boundaries that govern Vince McMahon’s promotion.

Lashley is confident that he can beat Goldberg and believes that he can stop the WCW legend from doing what he always does – destroy everyone that comes in his path. He is looking forward to this bout that could possibly mark the passing of the torch in WWE.

“I think I have the advantage. Across the board, I don’t see where he has the advantage in any kind of match. Goldberg is Goldberg and will always be Goldberg. He comes out there and destroys people, but I almost see this match as the passing of the guard. Eventually, I’m going to be slowed down and tired to an extent. I think I’m that guy who comes back to disrupt people’s shine when they are doing big things,” said Bobby Lashley.

He also went on to say that he will come back to challenge Big E for the WWE Championship. Lashley was also retained by RAW during the Draft and is looking forward to a dominant run on the Red brand after the upcoming pay-per-view.

Bianca Belair is set to face Sasha Banks and Becky Lynch in a triple-threat match for the SmackDown Women’s Championship this Thursday. She recently opened up about a couple of changes in her costume for the pay-per-view set to take place in Saudi Arabia. She confirmed that all three superstars would customize their gear for the upcoming title bout.

“I already wear long pants as it is, though we’ll definitely be having long sleeves and just making sure that we’re within the bounds of everything, but I’m definitely going to still show up and look like the EST that I am. We’ll definitely customize our gear, but I’m excited for it. It’s not something that’s an inconvenience, plus I get a new look,” said Bianca Belair.

Belair lost her SmackDown Women’s Championship to Becky Lynch at SummerSlam last month in under 30 seconds. Since then, she has gained a lot of momentum with her performances in high-profile matches against The Man, Sasha Banks, and Charlotte Flair.

She main-evented RAW earlier this week when she challenged The Queen for her title, but their impressive in-ring bout, unfortunately, ended in disqualification. 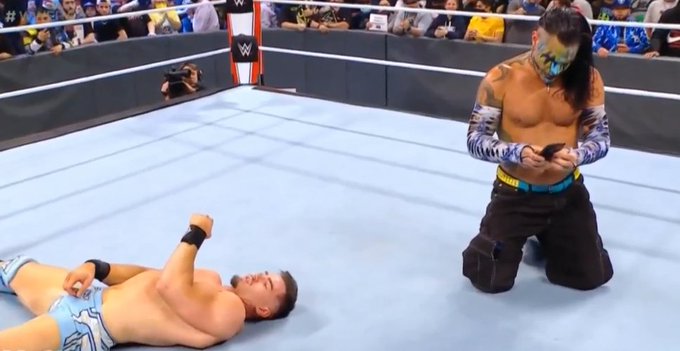 Austin Theory recently returned on WWE RAW and immediately targeted Jeff Hardy. While he claimed to respect The Charismatic Enigma, he also took a cheap shot at Hardy that led to a couple of matches between both the superstars on the Red brand.

Earlier this week, Theory defeated Jeff Hardy and took a selfie to continue the mockery. The latter then got up and delivered a Twist of Fate before repeating the selfie act inside the ring. WWE veteran Vince Russo criticized this booking and believed that Hardy’s response possibly impacted Theory’s credibility.

“Bro do they really believe because Austin Theory gets a victory and then Hardy comes right back up on him, okay? So Austin Theory is now over because he beat Jeff Hardy? Is that what you’re telling me?” Russo questioned.

Austin Theory has had a solid start to his run on the main roster this time. He will look to continue with the same momentum on RAW. On the other hand, Jeff Hardy is set to move to SmackDown after WWE Crown Jewel 2021.

Booker T recently took a shot at Tony Khan for the latter’s relentless comments about beating their rivals in the ratings war. He insisted that the AEW President should focus on producing a good show instead of appeasing the social media fans. The Hall of Famer believes that this kind of action compromises his image of a boss.

“I’m of the sentiment that Tony Khan is doing a lot of talking about nothing. Go out and produce a good show. At the end of the day, we’ll know who won if that’s what we’re looking for, if that’s your goal post, if that’s where you’re trying to score in. But all of this talks about what you’re doing, this and that, back and forth, I swear man, it sounds like a little school girl saying how pretty she is over the other girls on the schoolyard. I could be wrong, but to me, that’s what it sounds like. It doesn’t sound like a boss,” said Booker T about Tony Khan.

Booker T discussed the ratings war between SmackDown and Rampage as the two shows went head-to-head last week during their half-an-hour overlap. Tony Khan cited numerous reports claiming that they “beat” WWE’s’ Blue brand in the ratings. He had thrown an open challenge to his rivals on social media before the show