We are back with another interesting edition of WWE News Roundup. Today’s list includes interesting exchanges between top superstars, bold takes, and unpopular opinions. Additionally, we also saw new alliances being teased and old records being brought up to hunt at major developments on the road to WrestleMania.

Here, we look at some of the biggest stories that have ruled WWE headlines over the last 24 hours. So, without further ado, let’s begin. 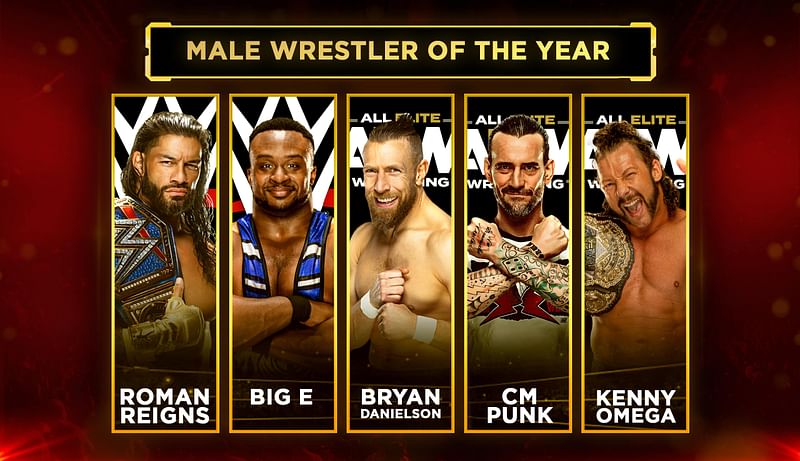 Last week on WWE SmackDown, we saw Roman Reigns and Paul Heyman reunite to address The Tribal Chief’s plans on the road to WrestleMania. Their celebration was interrupted by Goldberg, who made a surprise return on the blue brand.

He wasted no time in letting everyone know that he is prepared to go after Reigns’ Universal Championship. He challenged the champion for a title match at Elimination Chamber scheduled to take place later this month.

Goldberg recently appeared on WWE’s The Bump and discussed his plans for Roman Reigns moving forward. He admitted there’s a looming threat from Heyman and The Usos who could prove to be an important factor in their match as they have been in the entirety of Reigns’ historic title reign.

However, the Hall of Famer is still adamant about only focusing on the champion moving forward. Here’s what he had to say:

“Well, let’s just say that I could care less about anything other than Roman Reigns. He had a target on his face right now and I’m looking straight to that. Everything else is a distraction. I have to take care of Roman. I am not worried about Heyman whatsoever or the Usos. Obviously it could be a factor in the match. My eye and my focus are completely on Roman now. So I’m not thinking about anything other than him.”

Goldberg and Roman Reigns were initially scheduled to face each other for the Universal Championship at WrestleMania 36. However, that match didn’t take place as Reigns decided to take time off and returned a few months later to kickstart an unforgettable run as a top heel.

Their clash had been in the making for more than two years and they will finally compete for gold at Elimination Chamber 2022.

Another huge title match scheduled for the show will witness Bobby Lashley defending his WWE Championship against five other opponents inside the Elimination Chamber. One of his opponents is Brock Lesnar who lost his title to The All Mighty at Royal Rumble due to Roman Reigns’ interference.

Lesnar went on to win the Men’s Royal Rumble match as the last entrant and confirmed that he will challenge Reigns for the title at WrestleMania this year. However, he wants it to be a champion vs. champion bout and thus, is determined to take back his title from Lashley at Elimination Chamber.

Former WWE Champion Seth Rollins recently gloated about his incredible record against Brock Lesnar. The Architect talked about his impressive record of having most pinfall victories over Lesnar during his appearance on Pat McAfee’s show. He was quoted as saying:

“I don’t know if you know this, but I hold more pinfall victories over Brock Lesnar than probably any single person on our planet. We can say it out loud. You think Brock Lesnar’s up in Saskatchewan listening to this show? Brock Lesnar is farming or something.”

Rollins challenged Roman Reigns for the Universal Championship at Royal Rumble. However, he won the match via disqualification, which meant that the title didn’t change hands.

Seth Rollins is back in the WWE Championship picture as he is one of the five challengers who will look to dethrone Bobby Lashley as the titleholder in the upcoming Elimination Chamber match.

Dolph Ziggler made a surprise appearance on NXT 2.0 this week, and the brand’s Women’s Champion Mandy Rose believes he did it for her. The two were once involved in a romantic angle where Ziggler played a villain in the love story between Rose and Otis on SmackDown.

Following the episode, Mandy Rose took to Twitter and accused Dolph Ziggler of following her there, while the latter only had a cheeky response for his former on-screen love interest. Given that both are heels now, will the creative team explore a potential storyline between them on NXT

Ziggler interfered with the contract signing between NXT Champion Bron Breakker and Santos Escobar ahead of their title match. The RAW Superstar has confirmed that he is now eyeing the NXT Championship and will go after the one title he has never won after Vengeance Day.

In the meantime, he seemingly teased a feud with Tommaso Ciampa, who also claimed to be next in line for shot at the NXT Championship.

It is no secret that Dolph Ziggler can work wonders in getting his opponents over during a feud, and he will undoubtedly make an exciting challenger against Breakker, who is slowly being built as a top superstar.