Three big titles from the Blue Brand were on the line, including the Undisputed WWE Universal Championship. Roman Reigns locked horns with Drew McIntyre in a big title match.

The two superstars last competed at WrestleMania Backlash in a six-man tag team match. Although Reigns successfully defended his title, many saw McIntyre establish himself as the next legitimate contender for The Tribal Chief.

The newly-crowned Undisputed WWE Tag Team Champions, The Usos, put their titles on the line against three other tag teams — The Viking Raiders, Los Lotharios, and the team of Ridge Holland and Butch (accompanied by Sheamus). Despite the odds stacked against them, The Bloodline members eventually retained their gold.

.@WWEUsos make their way into #WWERockford as the Undisputed @WWE Tag Team Champions!
3870
586

The third title match of the night saw Ricochet back in action. He faced Sami Zayn in a singles match as the latter hoped to reclaim his precious gold while donning “The Bloodline” merch. However, the high-flying champion nipped those aspirations in the bud as he picked up a big victory.

Apart from the aforementioned title matches, the show witnessed several other superstars step inside the ring and deliver impressive performances.

Shotzi and Aliyah, who recently began feuding on SmackDown, competed in a singles match. Aliyah emerged victorious, handing Shotzi her second defeat of the week after she lost against Raquel Rodriguez on Friday night. 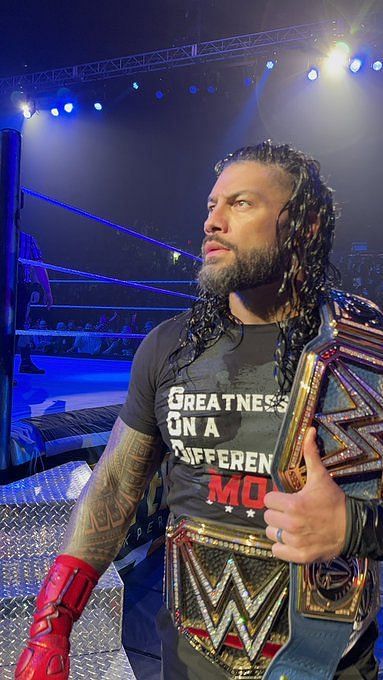 Raquel was also booked for a match against Natalya, accompanied by her tag team partner Shayna Baszler. Raquel picked up a big win over the veteran to raise her stock on the SmackDown roster.

Gunther extended his feud with Drew Gulak. As has been the case over the last few weeks, Gulak again lost against Gunther. And lastly, Shinsuke Nakamura faced Jinder Mahal, who was accompanied by Shanky. The King of Strong Style picked up a comfortable win.