We are back with an interesting edition of the WWE Rumor Roundup. Today’s compilation looks at huge plans involving the biggest superstars in the company on the Road to WrestleMania.

Additionally, a shocking release reportedly derailed certain booking decisions but it was seemingly the result of a backstage disagreement.

Here, we look at some of the biggest rumors that have dominated the WWE headlined over the last 24 hours. So, without further ado, let’s begin. 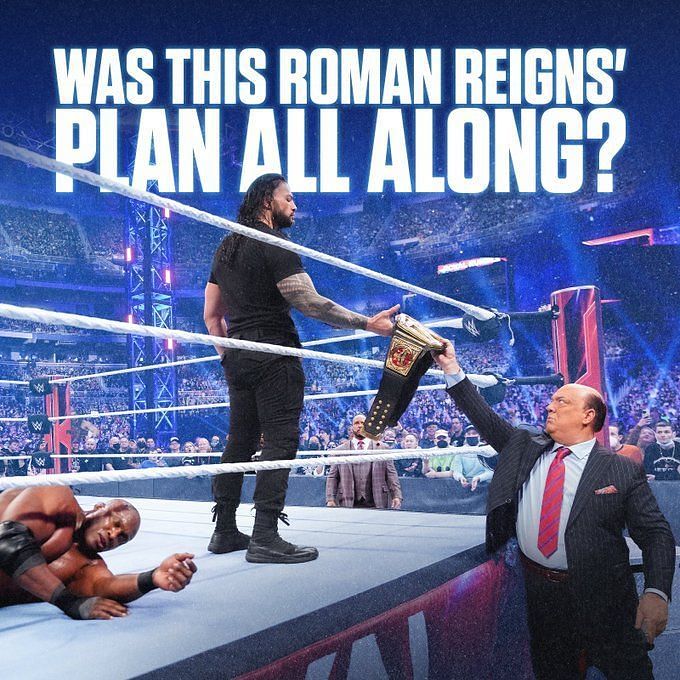 WWE Royal Rumble 2022 winner Brock Lesnar has confirmed that he will challenge Roman Reigns for the Universal Championship at WrestleMania 38.

He also said that he wants to take back his title from Bobby Lashley and lay the groundwork for a champion vs. champion match at The Grandest Stage of Them All.

However, the recent reports suggest that the promotion is not planning on having two world champions face each other at WrestleMania this year.

“I have been told multiple times that it is not title vs. title, Roman vs. Brock. But, they’ve done countless storylines where both of them talk about title vs. title — they’re telling you what they want but they’re not going to give it to them. So, they’re either doing that or Brock is getting beat in the Elimination Chamber and it’s part of his plan to look strong going against Roman Reigns at WrestleMania,” said Bryan Alvarez.

The reports about Shane McMahon being let go by WWE took everyone by surprise. However, recent updates have revealed more details about the backstage chaos that unfolded involving him before his Royal Rumble return.

It’s being said that Shane McMahon was involved in chaotic arguments with Vince McMahon, who reportedly rejected his ideas while agreeing to most of what Brock Lesnar had to say.

“He was let go, so that’s the major thing. It all stems from the Royal Rumble, and there were a lot of people that said he was very unprofessional backstage. It was just a mess. They just kept changing the match, over and over again. He wanted to do it one way, then Vince would veto it, Brock Lesnar would push for other things. Brock got a lot of what he wanted, and Shane didn’t get a lot of what he wanted, and then Shane complained to a lot of people, and I guess talked down to a lot of people,” the report stated,” said Dave Meltzer of WOR.

We heard Shane vs Bobby Lashley is a high possibility. A source cleared things up to say “this was an idea floated around before Day 1.” However, “after Day 1, this idea was switched to something else.”

While Shane McMahon was controversially released from WWE, it appears that the creative team initially had big plans for him on the Road to WrestleMania.

The latest reports suggest that he was scheduled for a singles feud with Seth Rollins. There were also plans in place for a potential WrestleMania feud between Bobby Lashley and Shane McMahon, but none of them worked out.

It would have been surprising to see either Rollins or Lashley face Shane-O-Mac. But that might have been the case if the latter was still in the company.